Skip to content
This recipe came about after relentlessly searching for ‘healthy flapjack recipe’ and getting back seriously unhealthy flapjacks full of sugar (just no butter).

This recipe came about after relentlessly searching for ‘healthy flapjack recipe’ and getting back seriously unhealthy flapjacks full of sugar (just no butter).

I’m a massive advocate for high protein, low sugar recipes which are full of wholesome ingredients and, if they’re fairly calorie-dense but full of wholefoods, I’m fine with it. 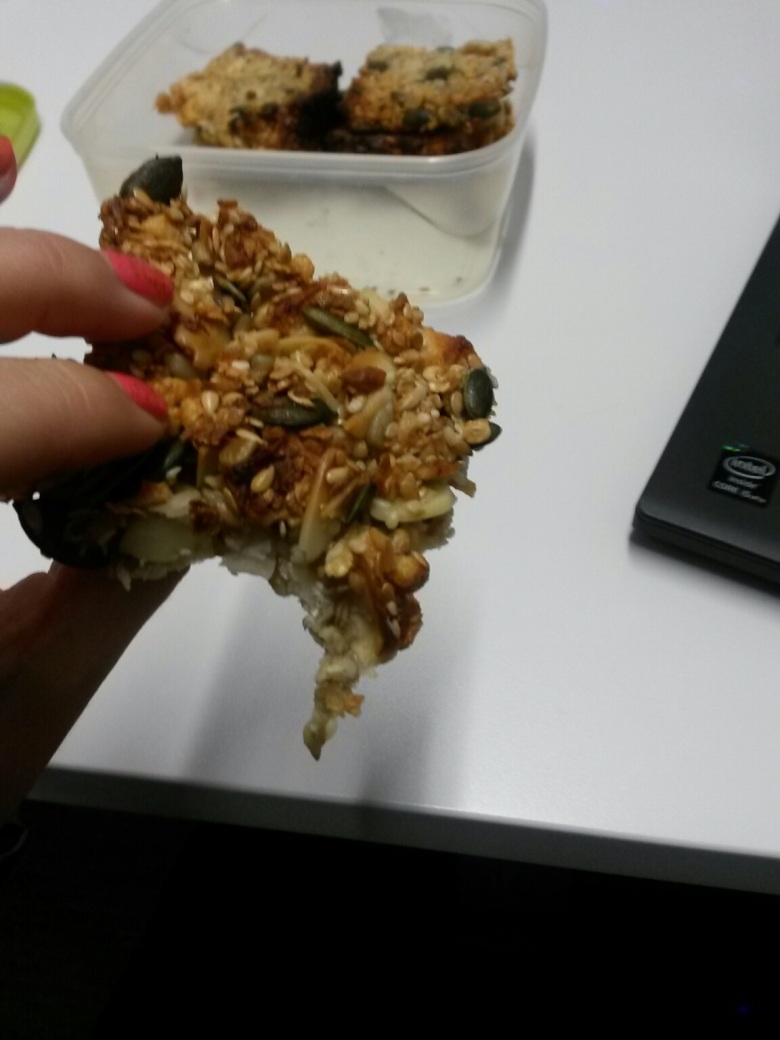 So I decided to give it a bit of a whizz myself to see what could be substituted. Oats are the main ingredient and are of course the only healthy bit, so they can stay. The rest of the ingredients did, however, did need a few tweaks.

The butter I thought could be replaced by coconut oil. It has pretty much the same texture in a bake, with the only downside being the lack of creaminess.

So to perk up the creaminess, I thought to throw in some peanut butter which would not only add that extra bit of texture, but it would also amp up the protein levels.

A flapjack is not a flapjack without super sweetness, which is typically from the brown sugar and golden syrup. And, whilst super delicious, they’re so bad for you that they should never be added to anything, in my opinion.

So instead of golden syrup and brown sugar, I added honey which offers the same gooey texture but with less of the sweeteness. To amp up the sweetness I added cranberries and raisins and a sprinkling of delicious ground cinnamon. For me, this gives the right amount of sweeteness without overwhelming my palate with sugar. Some might need more sugar, to which I’d recommend adding a sweetener or some more honey, but the idea is to keep the sugar as low as poss.

I added the protein powder and sesame seeds to give it a little extra protein punch, and that little bit of extra flavour.