Skip to content
Since being diagnosed and learning more about IBS, I tried a few other probiotics which were pretty good, so I was less sceptical when this year I was given the chance to try Alflorex probiotics.

I’m naturally sceptical when it comes to probiotic products. Before I was officially diagnosed with IBS, I tried expensive supermarket probiotic drinks like Yakult and Actimel because I imagined they’d fix my tempestuous stomach. Turns out, not so much.

All they did was make me feel more bloated, as well as giving me ‘squeaky teeth’ – the phenomenon of way too much sugar in concentrated form, so I had to stop taking them. 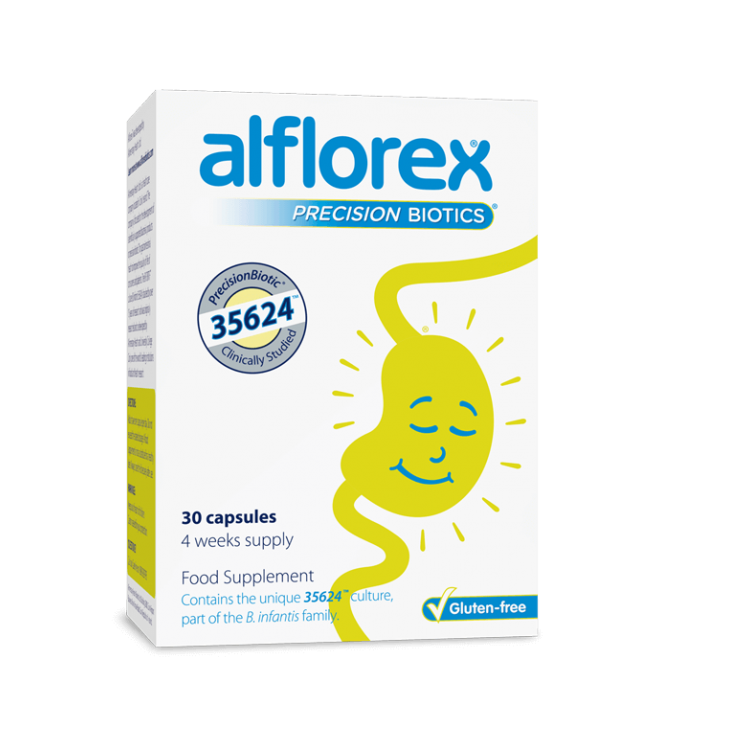 Since being diagnosed and learning more about IBS, I tried a few other probiotics (see my review of Symprove Probiotics here), which were pretty good, so I was less sceptical when this year I was given the chance to try Alflorex probiotics.

Alflorex is a natural precision biotic food supplement which comes in the form of easy digestible small capsules. I was sent 4 weeks’ worth so had plenty of time to work it into my usual routine.

After 1 week I noticed subtle changes, but not dramatic. The bloating I would usually feel after a larger meal felt less uncomfortable, but I wasn’t sure if this was just a placebo effect and you can’t really tell after 1 week alone anyway.

After 2 weeks I did start to see noticeable improvements, mainly in terms of bowel movements and the way I was able to eat larger meals without experiencing stomach cramps. In general, from the moment I woke up my stomach felt calm, whereas before I had to down 2 pints of water just so I could feel like my gut was cleansed.

After 3 weeks I wanted to see if the Yakult drinks I tried and failed with before would work better alongside Alflorex. I’d really not recommend it, it just exhausts your gut and makes digestion even more difficult than before.

It turns out that consuming multiple strains of bacteria isn’t good for the gut at all – different cultures target different areas of the gut. Too many targeted areas just over-runs the gut and creates more muscle spasms than normal (there’s more detailed information on the use of multiple strains here).

After 4 weeks I stopped using Yakult and just had the one capsule of Alflorex a day as before and my stomach started to feel normal again. Easy and calm digestion reduced the bloating and made eating a lot more enjoyable.

Overall, I think this stuff works, but definitely give it four weeks to really ride out the full capacity of the product. Oh and don’t mix with other bacterial strains as it simply undoes all the natural good of Alflorex!