Not sure on your salts? Let’s start with the most common salts used in cooking: sea salt, table salt and kosher salt.

Table salt is harvested from salt deposits, after which it is refined and ground into a fine seasoning. Certain trace minerals are lost during the refining process, and anti-caking agents are added in to stop the salt from clumping.

This makes table salt one of the least mineral-rich salts, but also one of the most readily available.

As it is a finely ground salt, the sodium-chloride flavour profile isn’t as complex as chunkier varieties, like rock salt. That’s why table salt is usually left to season food once the food has been served (at the table), rather than during cooking, where the flavour could dissipate. 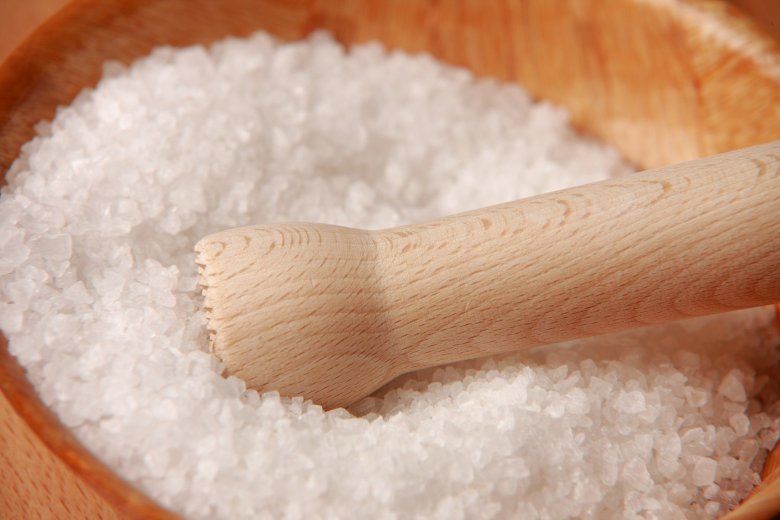 The refining process is not as intense as table salt and, as such, the grains are much coarser and chunkier, and they contain a lot of their trace minerals, like zinc and potassium.

As sea salt has a more complex flavour profile than table salt, it is a good salt to use during cooking to enhance taste, but you could also use it at the table for a big hit of salty goodness. (I sprinkle sea salt crystals on my salted caramel cookies when they’re fresh out of the oven. It’s very good.)

Table salt is essentially a refined type of rock salt, so while you get more minerals in rock salt vs table salt, you won’t get the same flavour hit from either as you do from sea salt.

Kosher salt is fairly uncommon in the UK and, if you have seen it, it is probably in an American recipe. Interestingly, the American chefs I’ve watched online swear by the stuff. So, what’s the difference?

Well, kosher salt is special because it is free of iodine (sea salt and table salt are iodised). Without the metallic iodine taste, kosher salt tastes a lot better than other varieties straight out of the tub. This is why it’s so frequently touted as a top-quality meat seasoner.

You might see garlic salt and celery salt in your recipes and ascertain that you can just swap in regular salt. Is that okay?

Salt isn’t unhealthy when consumed in moderation, but if you are trying to limit the amount of sodium you’re eating, Himalayan pink salt is your best bet.

It’s harvested by hand, which makes it the purest form of salt in the world currently. As for the pink colour, that isn’t a feat of clever food colouring – it’s the combination of 84 minerals that give it the iconic rose hues and a bold flavour profile.