One was vilified in the 80s for its high cholesterol. The other was meant to be its “healthier” replacement.

Perceptions have changed dramatically over the years about whether butter or margarine is better for you. And it seems like a lot of people don’t know – even to this day – what they’re eating, and which, if any, they should be consuming.

It’s about time we rule fact from fiction. Take a look below to find out what’s healthier: butter or margarine.

Butter is made by churning milk or cream until the butterfat solids separate from the liquid buttermilk. If you have ever over-whipped cream before, you will have been part of the way to making butter. 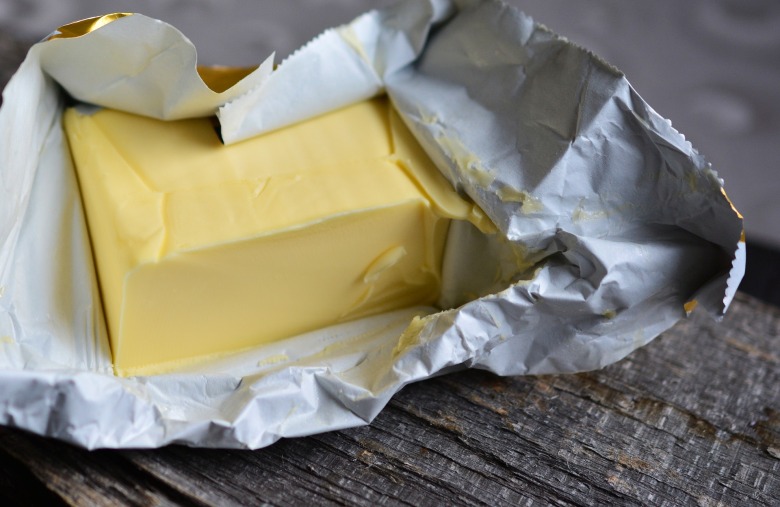 What it’s made with

Generally speaking, butter is made with butterfat, milk proteins, water and, depending on which type you choose, salt.

According to the UK Food Council, the fat content of butter has to be between 80-83%. While this doesn’t sound great for cholesterol (butter, as an animal fat, naturally has higher cholesterol than margarine), it is good as a wholefood as it leaves minimal space for water, or any processing chemicals, such as emulsifiers. It’s also a good source of Vitamin A.

Where to find the best butter

If you’re going to opt for butter on your toast, try to go for milk of free-range cows and, if you have the cash, organic (Fushi do a good kind

). The result, you’ll find, is a much creamier, fuller flavour.

Similarly, if you HAVE to treat yourself, try going for those which are labelled “all butter” to avoid any hidden nasties. Sugary goods such as all butter fudge

and all butter shortbread

are just some examples.

Whereas butter is made using a simple churning process, margarine is made using much more complex methods. It is more an act of science than of food, and involves modifying fatty acids from GMO oilseeds on a molecular level. Some food manufacturers will use a hydrogenation process to speed up production, but this results in a margarine which is packed with trans fats.

What it’s made with

Primary ingredients in margarine include vegetable oil, water, salt, emulsifiers and colours. Some include milk as well.

Margarine has a similar saturated fat percentage as butter (around 80%) due to the vegetable fats within the spread although, as mentioned earlier, the cholesterol is much lower in margarine (some include no cholesterol at all).

Where to find the best margarine

If you’re cooking with margarine, try to go for swap it for tropical oils, such as coconut oil (raw coconut oil

is the best), as these will contain fewer trans fats. Those made primarily with liquid oils, such as canola or sunflower oil, tend to be worse nutritionally and, typically, cost much less than the exotic varieties.