Can you be convinced a ‘natural yoghurt’ is healthy, if even a little bit?

With most yoghurts brandishing a myriad of health benefits (you’ve heard them all… live bacteria, added vitamins, high protein…), you might be surprised to know that’s not ALWAYS true, especially not for every yoghurt. 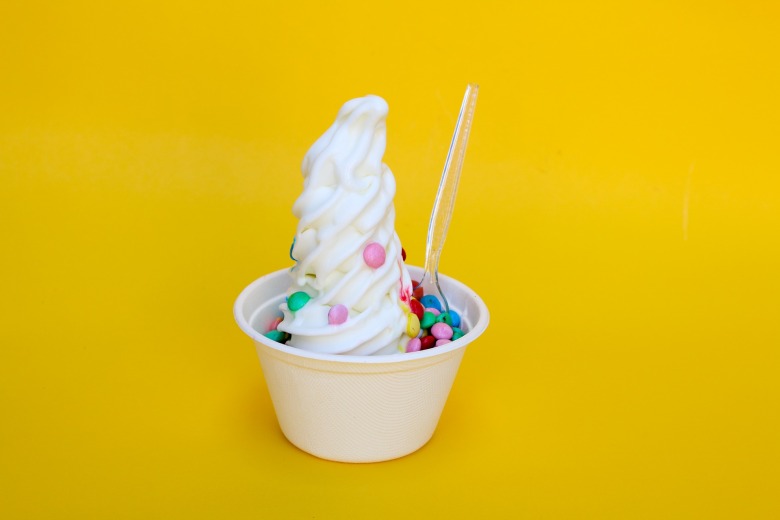 As much sugar as a candy bar

Their biggest fault is the high levels of sugar yoghurt companies have started pumping into ‘natural’ and ‘healthy’ sounding yoghurt types.

Greek yoghurt, for instance, is noted for its naturally occurring live bacteria which works well in the gut, it enables digestion and is easier for lactose intolerant consumers to stomach, all because of the slower more concentrated straining process of the milk. But pile these Greek yoghurts with sugar, and you have a whole different story for health-conscious consumers.

Liberte’s latest instalment is the main focus of my criticisms. Everywhere at the moment you’ll see posters marketing their new berry & seed flavour. ‘A healthy start to your morning’ they say. And you’d think with berries and seeds combined with a healthy natural yoghurt there’s no way this could be unhealthy…

Well, Liberte pride themselves on uber thick yoghurt, and it seems this over time has unfortunately spilled into creating uber bad-for-you majorly indulgent yoghurts, to the point where they should be considered desserts.

Their healthiest offering is their original, unfiltered version which is fat-free, fully strained, and preservative-free and only contains milk, milk proteins and lactic ferments.

This is good, and would be a great healthy choice for anybody. But then Liberte do something more, and they create a line extension that feeds off the ‘health benefits’ associated with this product.

The rest of the products within this line extension are given the natural yoghurt as a ‘starting point’, to which it is then pumped full of unhealthy ingredients including fruit purees, sugars, syrups and starches.

Oh, and whilst we’re at it, note how the Liberte yoghurt are termed ‘Greek style’ and not simply ‘Greek’. This is because they’re not strained the way Greek yoghurt should be, meaning half of the protein which is usually formed during the straining process is non-existent.

This is exactly the same as how Ferrero love to push Nutella as being a ‘healthy’ spread because it contains, well, about 4 hazelnuts per pot. The rest of the ingredients are sugar and oil and take up a much larger percentage of the spread’s content than hazelnuts ever could.  I even think if chocolate bars didn’t have such a universally bad rep for being unhealthy, confectioners would tell their consumers a fruit & nut bar was practically one of their 5 a day (see this post here for a healthy alternative to fruit & nut chocolate bars).

Would you eat ice-cream for breakfast?

Respectively, natural yoghurt should not have nearly half the calorie count and a starkingly similar composition to ice cream. 100ml of ice-cream (approximately 2 scoops) has 200 calories, 6.8g saturated fat (35% RDA), 21g of sugar (7% RDA) and 3.5g of protein.

A Liberte Seeds & Berries yoghurt has 102 calories, 0.2g saturated fat and 11.9g sugar (which makes up 8.7% of the entire yoghurt and is around 3 teaspoons of sugar). You’ll also find ingredients in this ‘natural yoghurt’ which are definitely not natural, such as stabilisers, guar gum, and maize starch (which bulks it up, something which is lost due to loss of straining).

Ice cream ingredients typically are: skimmed milk, sugars/syrups, oil, whey concentrate, stabilisers (inc. guar gum), emulsifiers (inc. mono and di-glycerides of fatty acids) and some colouring, in that order. Ingredients in a fruity ‘natural yoghurt’ from Liberte are: skimmed milk, sugar/syrups, skimmed milk powder (which is the same as whey concentrate), maize starch, stabilisers and lactic cultures. Notice how the ‘lactic cultures’ are also not naturally occurring at all – instead they are an ingredient, popped mildly at the very end of the ingredients list. This way, Liberte can claim on packaging that their yoghurt has ‘live cultures’, although they don’t choose to disclose exactly how much or why they are in the yoghurt (take a look at this post here about Yollies, a yoghurt lolly for kids which does exactly the same thing with calcium and vitamins).

Marketers are greedy and they want everything done faster and cheaper. That’s why these ‘Greek style’ yoghurts are emerging everywhere – they don’t want to do the long, slow, expensive straining process most people expect from a Greek yoghurt. Instead, they’d prefer to dump loads of sugars, additives, preservatives and their own live cultures to not only mask the horrible taste from the flavourless milk by-product they didn’t treat properly, but also so they can market it as healthy and get the health-conscious public to bite.

The best thing for consumers to do is read the ingredients and not be bought solely by the words ‘Greek’ or ‘natural’. The only way you can truly know what’s in your yoghurts is by looking at the label properly, and going for the most basic line of ingredients.

Collective’s ‘Straight Up Unsweetened Yoghurt’ is very good, and does the job as a natural Greek yoghurt. Made with live yoghurt, no sugar as well as containing naturally occurring cultures, this is how yoghurt should be. If even slightly sour, you shouldn’t be expecting an overtly sweet taste to a Greek yoghurt – this means you’ve got either sugar or a sweetener added in, which defeats the purpose of a ‘healthy yoghurt’.

So go out, go natural, and if that’s not enough, control your own flavourings and throw in some oats, chopped berries or seeds of your own for a natural healthy yoghurt which is good for you, just for you.